By constantly testing the limits of the outcome, the best suited architecture and interior design for any specific location, program and budget is guaranteed.

Working with the background of an excellent and highly motivated international team, new visions and added value are created by internationally recognized intelligent signature design.

Through academic lectures, exhibitions and international publications, AD&D architecture design and development in Dubai is actively participating in the global architectural discourse of the 21st century city.

To create superior and pioneering buildings and services, maximizing cultural and monetary values and sustaining high-quality performance to become the maker of first choice architectural solutions in a modern, globalized environment.

Florian holds a master in architecture degree from both the renowned Southern California Institute of Architecture (SciArc), Los Angeles, USA as well as Institute of Technology (TUB), Berlin, Germany. Being a licensed architect in Germany, his rigorous design approach is to constantly evolve the best design solutions, through the entire design process, from conception to built form.

Having completed a series of projects in his career, Florian has a wealth of construction knowledge and project management skills to overlook and lead any project of any scale and nature.

Florian is the principal founder and senior architect of AD&D architecture design Dubai. 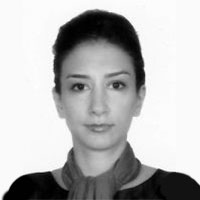 Ava has an immense knowledge on high-end interior finishes materials, their affect and their interplay with natural and artificial lighting. In addition, she is well versed with a huge variety of local and international suppliers in order to enrich any interior design task.

23rd August 2021
AD&D wins an ICONIC AWARD 2021: Innovative Architecture from the German Design Council for the Macardo Swiss Distillery! The awards ceremony will take place on 11th October 2021 in the Pinakothek der Moderne as part of the Expo Real in Munich.
https://www.iconic-world.de/directory/macardo-swiss-distillery

10th May 2021
Building permit obtained from authorities for the high-end residential project in Bad Soden, close to Frankfurt for three multi-units buildings and one contemporary modern villa. Congratulations to the whole design team!

1st January 2021
AD&D wishes all its clients and business partners a prosperous and successfully new year 2021 filled with happiness and exciting new projects!

30th December 2020
The high-end residential project in Bad Soden, close to Frankfurt gets bigger as the adjacent plot has been added to the development. AD&D successfully presents the concept design for an additional multi-units building and a contemporary modern villa.

28th November 2020
Official opening of the Macardo Swiss Distillery. AD&D wishes best of success and many priceless moments to come.

15th June 2020
AD&D is awarded to design a high-end residential project with multiple units in Bad Soden, close to Frankfurt, Germany! AD&D is very much looking forward to work on this very exciting project!

14th May 2020
Topping out of the mixed-use Macardo project! Progress on site is impressive!

31st May 2019
Building permit obtained for the mixed-use Macardo project in Switzerland! Congratulations to the whole team!

21st May 2019
AD&D successfully presents an initial concept design for a 10,000sqft villa in Germany

21st January 2019
All documents for the high-end office in DIFC are prepared, coordinated and submitted for building permit application

28th October 2018
Fit-Out contractor is awarded for the 5,000sqft high-end office in DIFC

4th October 2018
AD&D is awarded to design a mixed-use project for Macardo, including a distillery, bed&breakfast rooms and a multi-purpose event space in Switzerland! This is another super exciting project that AD&D is looking forward to!

1st October 2018 Official handing over of the 32,000sqft luxury private villa in Emirates Hills. The interior detailing and the actual execution has turned out world-class!

30th September 2018
Final interior design for the high-end office in DIFC successfully presented to the client. Invitation to tender already out

6th August 2018
AD&D wins an ICONIC AWARD 2018: Innovative Architecture from the German Design Council with the Al Safeena Villas by Kanoo. The awards ceremony will take place on 8th October 2018 in the Pinakothek der Moderne in Munich
https://www.german-design-council.de/iconic-awards-2018-innovative-architecture/

28th June 2018
Completion Certificate obtained from authorities for the 13 new town houses! Final handing over is scheduled within less than a month

18th June 2018
AD&D is awarded the design and supervision of a 5,000sqft high-end office fit-out in DIFC. AD&D is very much looking forward to an exciting new project!

20th March 2016
AD&D has moved into its new office in the Prime Tower, Business Bay

29th December 2015
completion certificate for the 11 town houses in Jumeirah obtained from authorities. Project successfully handed over to the client.

12th January 2015
Superstructure works completed for 9 out of 11 town houses in Jumeirah, Dubai

6th May 2014
Breaking Ground for 11 numbers of townhouses in Jumeirah, Dubai